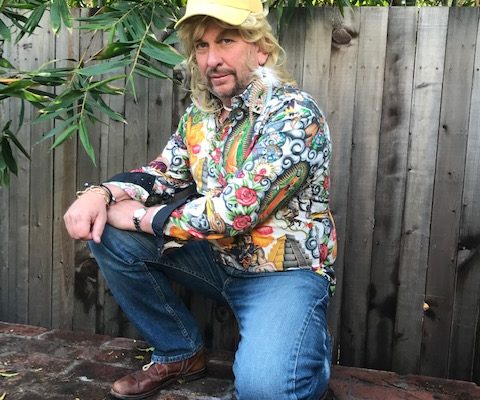 You may not be ready to believe this: Tiger King has just been nominated for Six Emmys. Not Six RAZZIES, but six legitimate Emmy nominations…the categories the series is nominated under include Outstanding Documentary or Non-Fiction Series, Directing for a Documentary, Editing, Sound Mixing, and more. When the documentary first premiered on Netflix in early Spring, it was an instant hit with most of the country sheltering in place and glued to their T.V.’s. I had never binged-watched a series until my adult children challenged me to try that with Tiger King (“come on, Dad…seriously, you won’t believe what happens until you actually see it!”). As a licensed therapist, I have to admit it was must-see TV…so many personality disorders flying across the screen in any given episode. It was a guilty pleasure watching the shenanigans unfold during that documentary, and I kinda hope the show wins all six…so does my Brother-in-Law Mike, who was gracious enough to pose as Joe Exotic in the accompanying photo 🙂