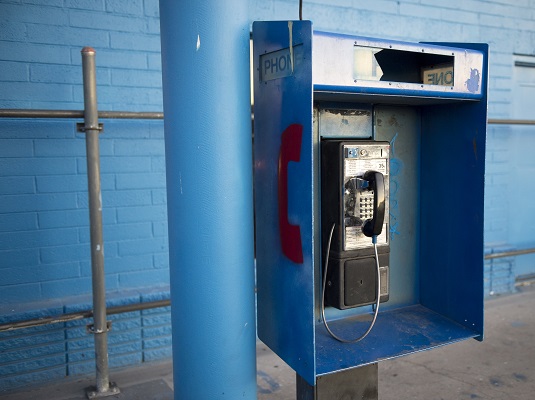 It’s the end of an era in New York City:  About a month ago, officials removed the last operating payphone in Manhattan (not far from where my son Jake lives). The phone kiosk was carted off from its midtown Manhattan location and will ultimately be placed in a museum. NYC has been gradually replacing pay phones with Wi-Fi hotspots that allow people to access the internet or charge their phones. Sure, that’s a great way to repurpose the spaces once used for pay phones, but I can’t help feeling a little sad…the pay phone is really getting tossed into the waste bin of history. From the first recorded pay phone installation – in a Connecticut Bank back in 1889 – to the late ‘90’s using my AT&T “Phone Card” (essentially a number password you dialed into the pay phone to avoid having to use change), the pay phone has an illustrious history. Many of my teenage missteps incorporated the use of a local pay phone, including me calling the restaurant where my 1981 Junior Prom date awaited me, because I was lost and could not find the place. I used a pay phone back in 1982 to call my then-boss at a local fast-food restaurant and quit; I couldn’t risk pulling that call off in my house with my parents around. Multiple first dates, bad news, employment shenanigans and emotional break-ups: all accomplished because of the availability of a phone that cost about 25 cents to use. Unless you tried to call “collect”…that’s ANOTHER series of stories and memories 🙂