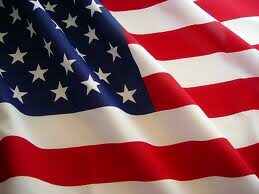 There are so many important moments that I’ve had a chance to witness from behind The KUIC Hometown Morning Show microphone since November 1st, 1999; when you work in the early morning you are often the first to see and hear about major events happening all over the world. No events were more “major” to me than those that unfolded before my eyes on September 11th of 2001. That morning started out like most late Summer mornings did: dark, calm weather with temps expected to be in the upper ‘80’s in Solano County. The first part of the morning show focuses mostly on music and traffic updates, with more games, interviews and general goofiness occurring after 6:30 am. That morning, we never made it to any games or goofiness: the first plane hit the North Tower of The World Trade Center just after 6:00 am our time, and the images we were seeing on our large, hallway-based T.V. monitor were both awful and confusing. Was this a terrible plane accident? What kind of plane was it? As we prepared to report this event as if it was a terrible, but somewhat remote aviation incident, the second plane hit The South Tower and my morning show partners and I stopped in our tracks. News reports came very quickly from The East Coast that our country was under attack, that the two planes (both commercial jets) had likely been hijacked, and there may be more attacks to come. We suspended regular programming and went into information mode. My voice went up an octave. I called my wife Meg to check on her (she hadn’t left for her teaching job just yet). We dutifully reported every bit of verifiable news until about noon, when a new team of broadcasters came in to relieve us. We all hugged each other. Then I did something that is so vivid in my memory, it seems to define that day for me personally. I drove my ‘99 Mercury Sable straight to the Roseville Home Depot on North Sunrise Blvd; when I got there the store was nearly empty. I saw a bucket full of wrapped American Flags, $11.00 each. I bought one, and continued home. I took the flag out of its’ packaging and stuck it in our homes’ flag pole holder, then I watched the breeze unfurl it. I thought to myself that I needed to make sure my community, and by extension my country, focused our anger and grief at the specific people that attacked us and avoid scapegoating or stereotyping any group of my fellow human beings. There would be more sorrow that day, and more horrific images…I still stand by the feeling I had that day that my version of Patriotism goes hand in hand with Inclusion. We are ALL Americans, deserving of safety, security and respect.