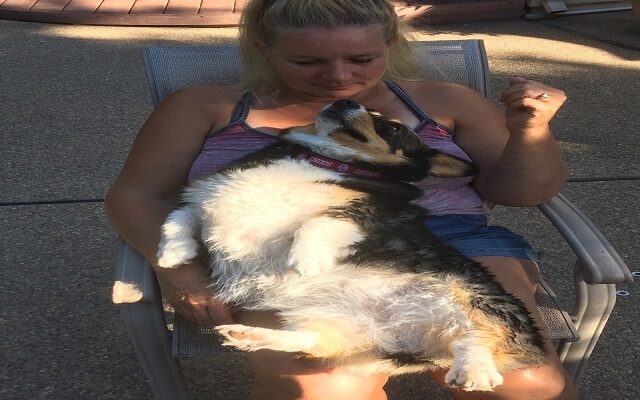 If you ask me, one of the most touching moments from last week’s funeral for Queen Elizabeth II came from her Corgi dogs. Two of the Queen’s corgis, Muick and Sandy, were spotted outside Windsor Castle awaiting the arrival of The Queen’s casket. The Queen has a long history raising and training Welsh Pembroke Corgis (the version typically seen without tails and dew-claws); she had raised more than 30 of them during her lifetime.  Royal reports are that Muick and Sandy will be looked after by Prince Andrew and his ex-wife, Duchess Sarah ‘Fergie’ Ferguson. My own fascination with The Corgi Breed began when I was around 10 years old, and discovered the Corgi Toy Company, a British Toy Manufacturer that made some of the coolest scale model cars and trucks (several of which I still own). Their logo is a tail-free Welsh Pembroke Corgi, and I wanted one from the moment I saw it. Fast forward to my 40th birthday, when my wife Meg found a breeder in Winters that supplied us with our first Corgi, “Diego,” who I’ve mentioned (and mourned) in previous blog posts. MY Queen/wife Meg is pictured holding our late Corgi/my always computer screen-saver picture “Daisy.” 🙂