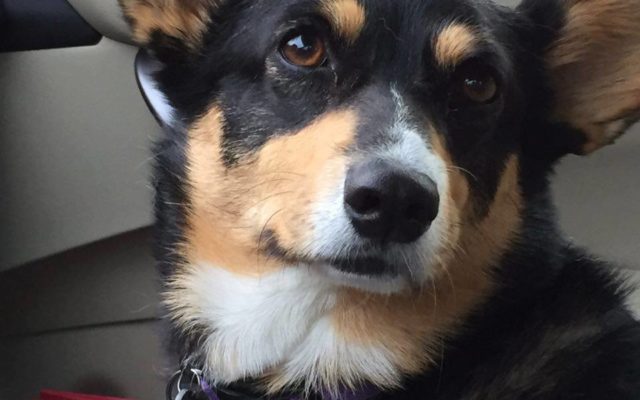 Saying goodbye to your pets is never easy…I’m speaking from experience here, having had to put four special furry friends down in the 20+ years I’ve hosted the morning show on KUIC. Each situation was a little different; my incredible wife Meg has had to deal with all of our family pet deaths, at least two of them without me at the vet’s office with her. Such was the case this past Monday when it became inevitable that our 8 year old female Corgi named Daisy had to be euthanized due to advanced canine lymphoma. Although I had taken Monday off  so I could help Meg get through Daisy’s procedure, a mix-up with appointments at our veterinarian’s clinic caused a one-day delay, and Meg was forced to accept an 8:00 a.m. appointment the next morning. I went on the air at 5:30 Tuesday morning knowing that, before the end of the show, Daisy would be gone. Although I tried to keep my emotions in check for the sake of the broadcast – I never mentioned what was going to happen to Ron Brown or the audience – I got more anxious as 8:00 a.m. drew nearer and nearer. The relatively new Lewis Capaldi song “Before You Go” began playing to kick off the 8:00 hour, and I started to lose my composure. I choked my way through the live break (I’m sure Ron was wondering what was wrong with me at that point), then I got up and walked around. I looked on my phone for pictures of our sweet Daisy girl, and found the one featured here. Be careful when you sign up for the responsibilities associated with having a pet; when they leave, it’s hard. 🙁