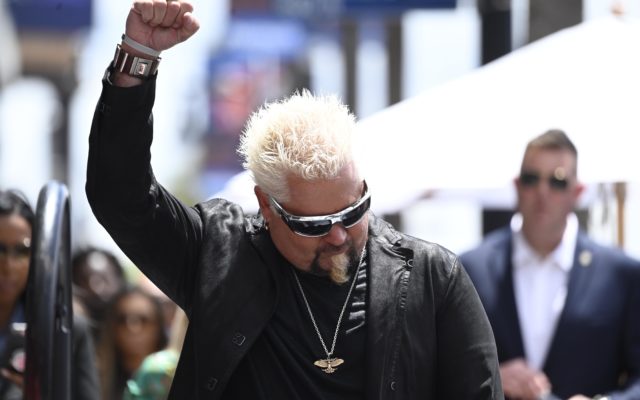 HOLLYWOOD, CALIFORNIA - MAY 22: Chef Guy Fieri who was honored with the 2,664th Star on the Hollywood Walk of Fame Star, in Hollywood, California. (Photo by Frazer Harrison/Getty Images)

Celebrity Chef and unofficial “Mayor of Flavortown,” Guy Fieri, showed love to first responders – like he’s done in the past – by feeding them a delicious meal and lifting their spirits at the same time. Fieri visited firefighters near the sites of several Northern California wildfires, including crews battling the Dixie Fire,  and brought lots of nourishing food to curb their hunger and boost their morale. “Thanks for the delicious meal, Guy,” said the L.A. Fire Department in a post on Twitter. We don’t know the exact nature of the type of food Guy brought the crew, since they ate it all, but we can say definitively that Guy Fieri continues to set an awesome example of giving back to our community heroes 🙂