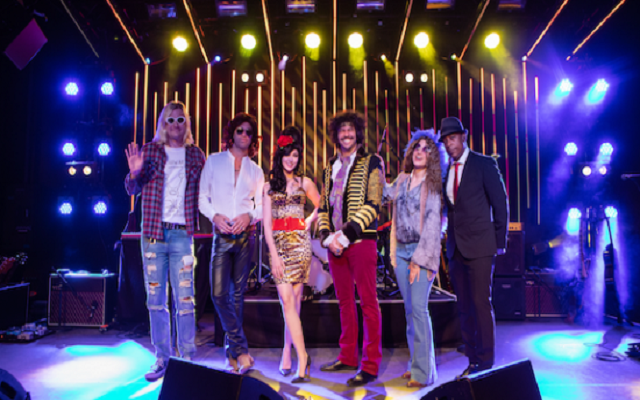 27 – A Musical Adventure honors six prominent, well-known music icons who all left the world at the age of 27. Kurt Cobain, Jimi Hendrix, Janis Joplin, Robert Johnson, Jim Morrison, and Amy Winehouse – all were legendary musicians who changed the world. These two hours of authentic, outstanding experience will take you back in time and evoke your life’s ultimate and unforgettable moments.

“27” A Musical Adventure” will rock California with a tour that feels just like rock
royalty’s newest debut. The “Classic Rock Legends” show will open on Thursday, June
16, 2022, at the Vacaville Performing Arts Theater, city of Vacaville

27- A Musical Adventure is a rock tribute featuring: the 60’s- 000’s era’s top artists:
Robert Johnson, Janis Joplin, Jimi Hendrix, Jim Morrison, Kurt Cobain, and Amy
Winehouse. While each renegade artist personified their era with their unique style
coining them “legends,”; they all passed away at the same age: “27”.

DREAM ROCK LINE-UP
A rock concert line-up like this could only exist in our dreams. But that dream concert is
now a reality. Rock trivia moments make it fun, but the performances feel like the icons
are singing again. Actor John Hurley is the featured voice over – who will guide you
through the musical adventure with bits of rock gossip which adds to the whole story
that flows musically-tying each era to era.

John Arthur Bingham plays blues guitarist Robert Johnson. The guitar virtuoso left
behind a small but precious set of recordings that changed the face of popular music
forever. Johnson’s sounds influenced many of the ’60s-era rockers, including the next
singer out to the stage: Janis Joplin, played by Adi Argelazi.

The real Joplin rose to fame at the Monterey Pop Festival in 1967, and the tribute artist
that plays her brings out her raunchiest and sardonic attitude that shone through in
Joplin’s voice in songs like “Piece of My Heart” and “Mercedes Benz.”

Jimi Hendrix, played by Nazim Chambi, performs with explosive guitar prowess on his
hits, “Purple Haze” and “Foxy Lady,” along with that familiar whining badass

Woodstock performance of “The Star-Spangled Banner. Can anyone ever match Jim
Morrison’s on-stage charisma?

Jim Morrison of the Doors is performed by Toby Rand, who gives audiences a real taste
of what it would have been like to see the real deal in concert. Rand plays it broad but
never cartoonish by dancing on stage just like Morrison gyrated. “Light My Fire” and
“Break On Through” almost feel like Morrison’s ghost has returned. The timeline moves
toward the ’90s and early ’00s musical influencers, first with Seattle grunge legend Kurt
Cobain, portrayed by Gabe Maska. Revisit the hits you can’t help head-banging to, like
“Smells Like Teen Spirit” and “Come As You Are.”

English singer and songwriter Amy Winehouse appears last. The artist Lea Cappelli is
total “Amy” and fantastic. Cappelli sings “Rehab” and “Back to Black, with a rock soul,
and a soulful rock to all the Amy Winehouse hits. The show culminates with the artists
performing together on one stage in a rock concert like no other.

Make your own Rock History with “27 – A Musical Adventure.”